Everyone knows what a dandelion looks like, but did you know that there are c250 species of dandelion recorded in Britain & Ireland?

BSBI Handbook no. 9, Dandelions of the British Isles (Dudman & Richards 1997) was the standard source of reference, but John Richards, co-author of the 1997 BSBI Handbook, has now published a completely revised edition: BSBI Handbook no. 23 is the Field Handbook to British and Irish Dandelions. John has also prepared a selection of online dandelion species accounts, starting with a selection in section Ruderalia - they are all accessible and free to view or download from this web page.

Our free Dandelion ID online workshop, led by Handbook author John Richards, was held on 25th April 2021; the webinar was recorded and the video is available here on the BSBI YouTube channel. It's aimed at intermediate level botanists - if you are brand new to dandelion ID, try Josh Styles' Intro to Dandelions webinar first: it helps you put your dandelion into the right section before you attempt to take it to species.

Getting started with identification

Together with Hieracium (hawkweeds) and Rubus (blackberries), Taraxacum  is probably the most challenging genus that British and Irish botanists encounter. Tim Rich has set out a few Taraxacum dos and don'ts to help you get started, but if you're only just beginning to identify wild plants, we'd suggest that you get some of the more user-friendly genera under your belt first, before you start tackling dandelions.

The plasticity of dandelions is such that it takes a great deal of experience to learn what a species can ‘do’, and there are a great many of them. A thorough study of one’s local ‘patch’ might eventually yield 80-100 species, and casual introductions from elsewhere in Europe are always a possibility. It's best to examine only well-grown, typical individuals just before and during early flowering (a window of about a month, although this extends with increasing altitude). Even then, be prepared not to name a substantial proportion of material.

Tim Rich's presentation gives an introduction to dandelion sections and what to look for.

By its nature, the sectional division of Taraxacum produces much more “fuzzy” categories than the species or genus, hence the sections must be keyed out using as many characters as possible, including ecological ones. Indeed, ecological characters are very significant for, given the habitat or locality, one can expect to find members of certain sections. Conversely, the presence of some sections says a lot about the quality of the habitat!

Of the nine British sections, Sections Taraxacum, Obliqua and Palustria are all very restricted ecologically and contain very few species. Section Spectabilia includes one common and widespread but very plastic species viz. T. faeroense (Dahlst.) Dahlst. (three endemics are present in Shetland and one on St Kilda). The other three largely native sections, Sections Naevosa, Celtica and Erythrosperma each contain substantial numbers of species. Of the more ‘weedy’ sections with many casuals and likely introductions, Section Ruderalia contains about half the known species in Britain. Section Hamata appears to be a fairly homogeneous group but it has affinities with Section Celtica and, in certain cases, some species could fit fairly happily into either section.

The key to the nine Sections in the Handbook, and the key in Stace’s New Flora of the British Isles are essentially identical, and allow some provisional groupings to be made.

Use the headings in the left-hand column to open up each Section and view illustrated accounts of the species in that Section. We are adding new species accounts all the time!

For anyone who is serious about identifying dandelions, there is no substitute for developing a comprehensive herbarium of well-preserved material named by a recognised authority who is going to want to see specimens that have been carefully selected in the field and pressed for later reference. A presentation given by Tim Rich at the BSBI Recorders' Conference 2018, gives an introduction to collecting dandelion specimens. Arthur Chater has compiled general advice on collecting and pressing specimens.

The following notes may also help:

Digital images to accompany specimens can markedly enhance their value as characters lost or obscured by pressing can be assessed and pictures should be taken at the time of collection. Particularly useful are pictures of involucres in late bud, the attitude of the ligules underneath, and the colour of the outside of the petiole. Images should be numbered with the collecting number.

While you're getting started with dandelion identification, there are groups and individuals on social media who will help. 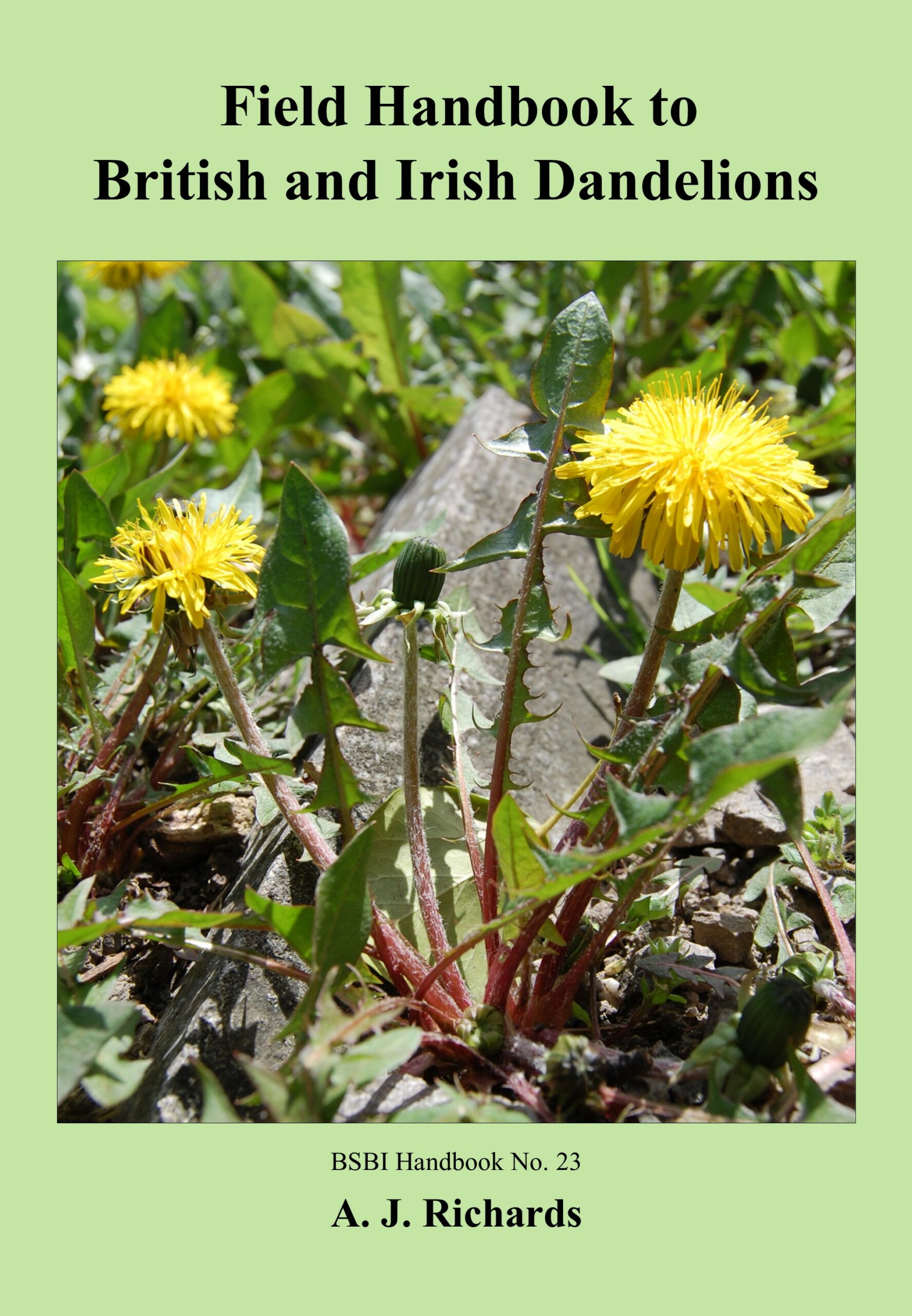 Field Handbook to British and Irish Dandelions. A. J. Richards. BSBI Handbook No. 23. 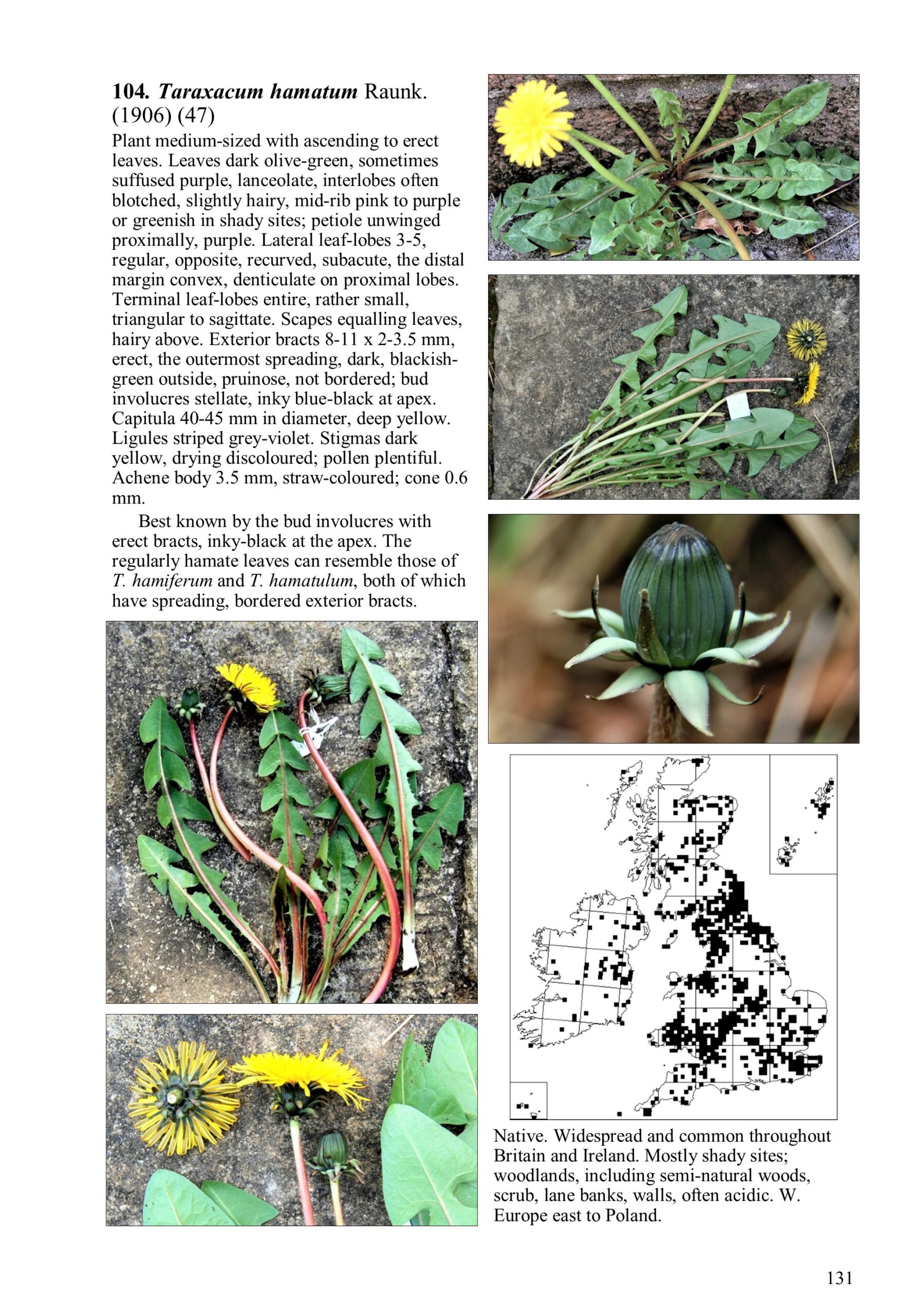 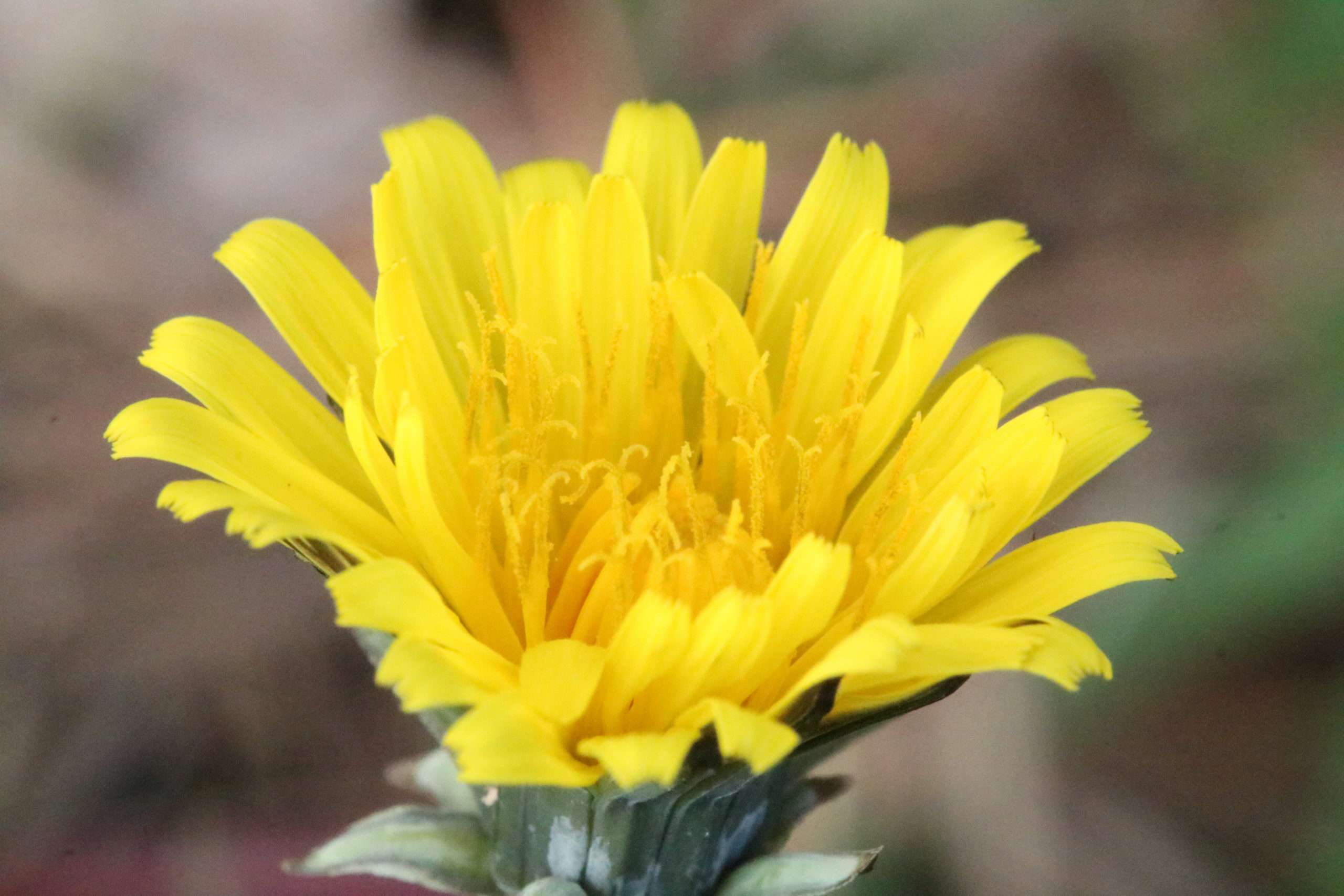 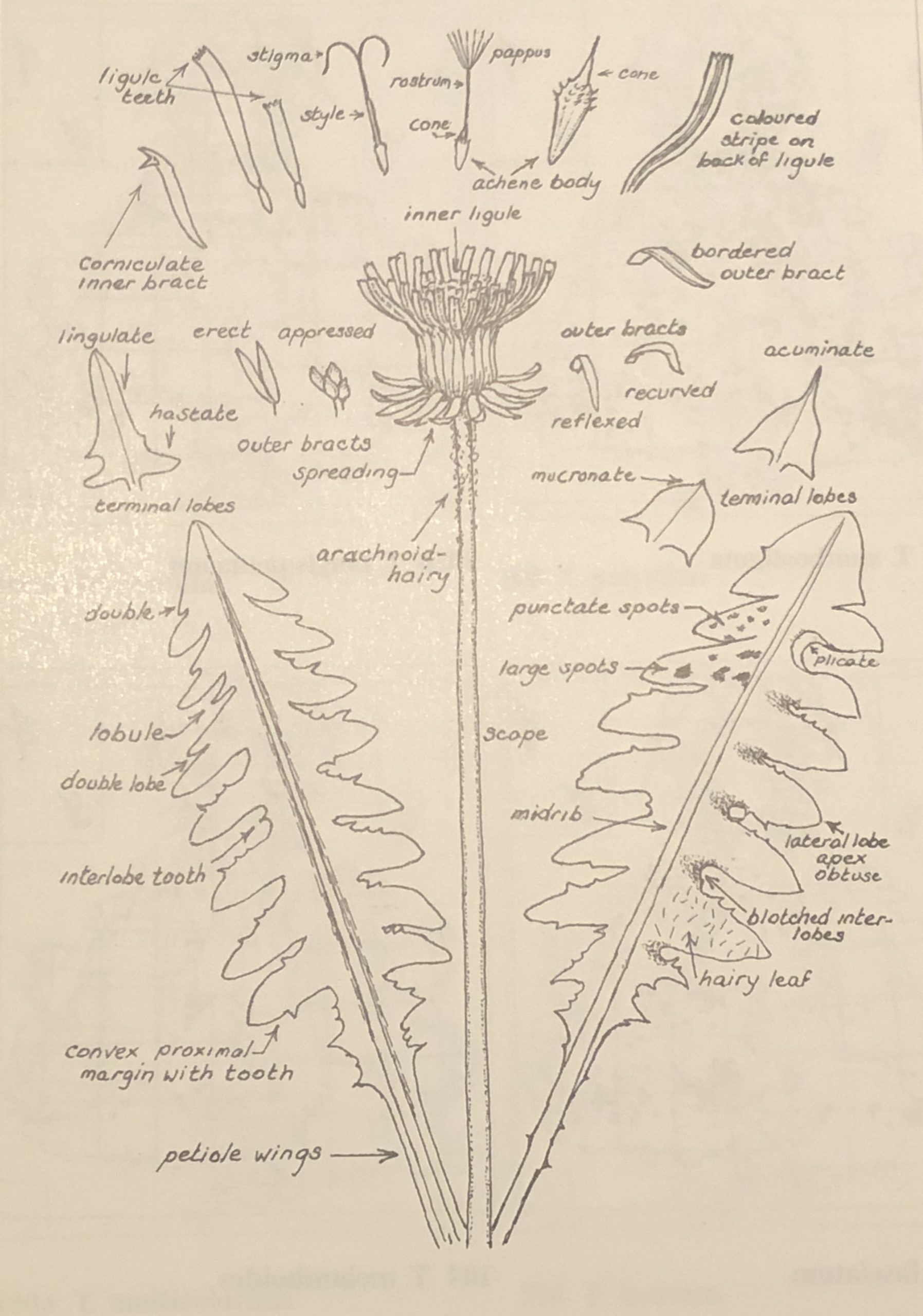 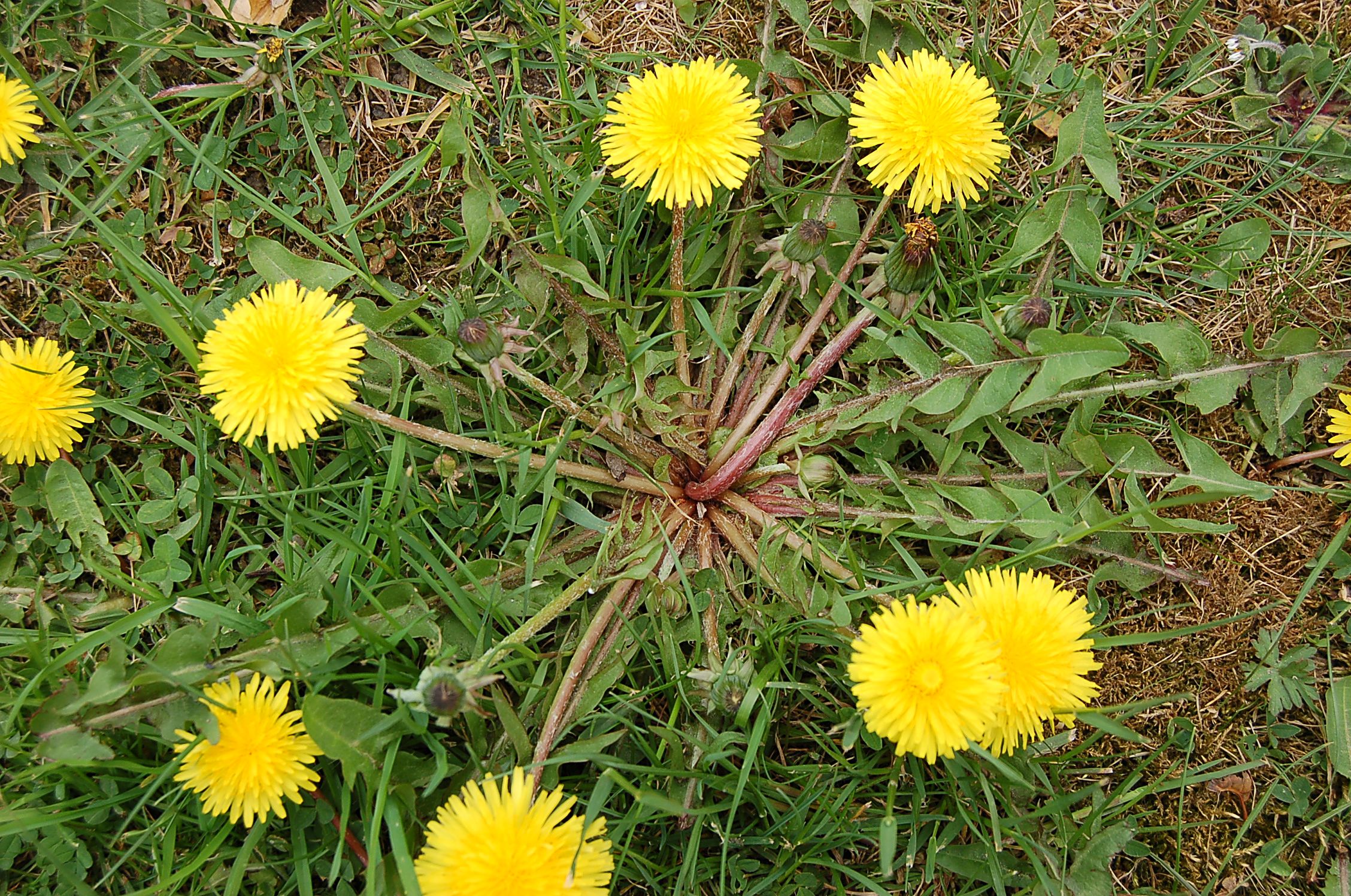 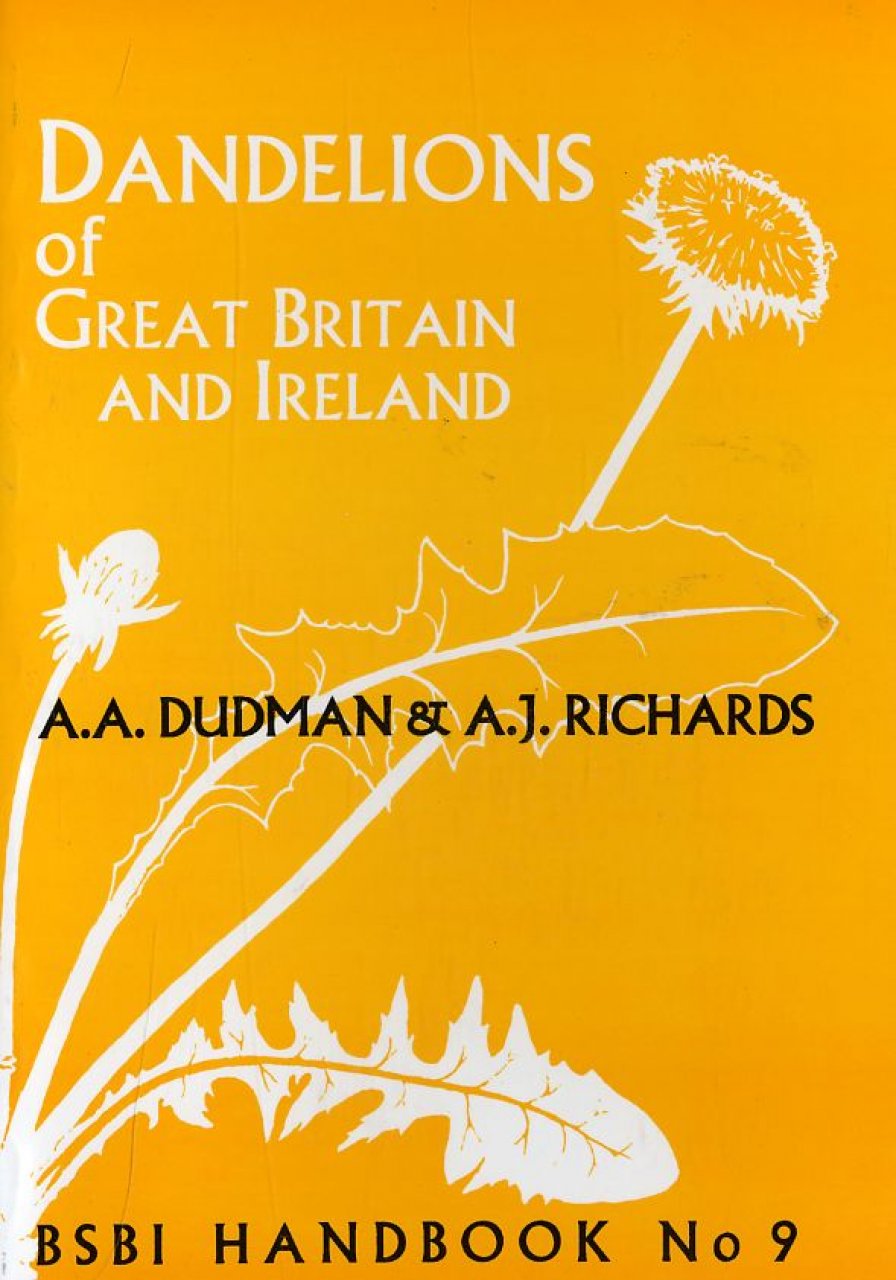 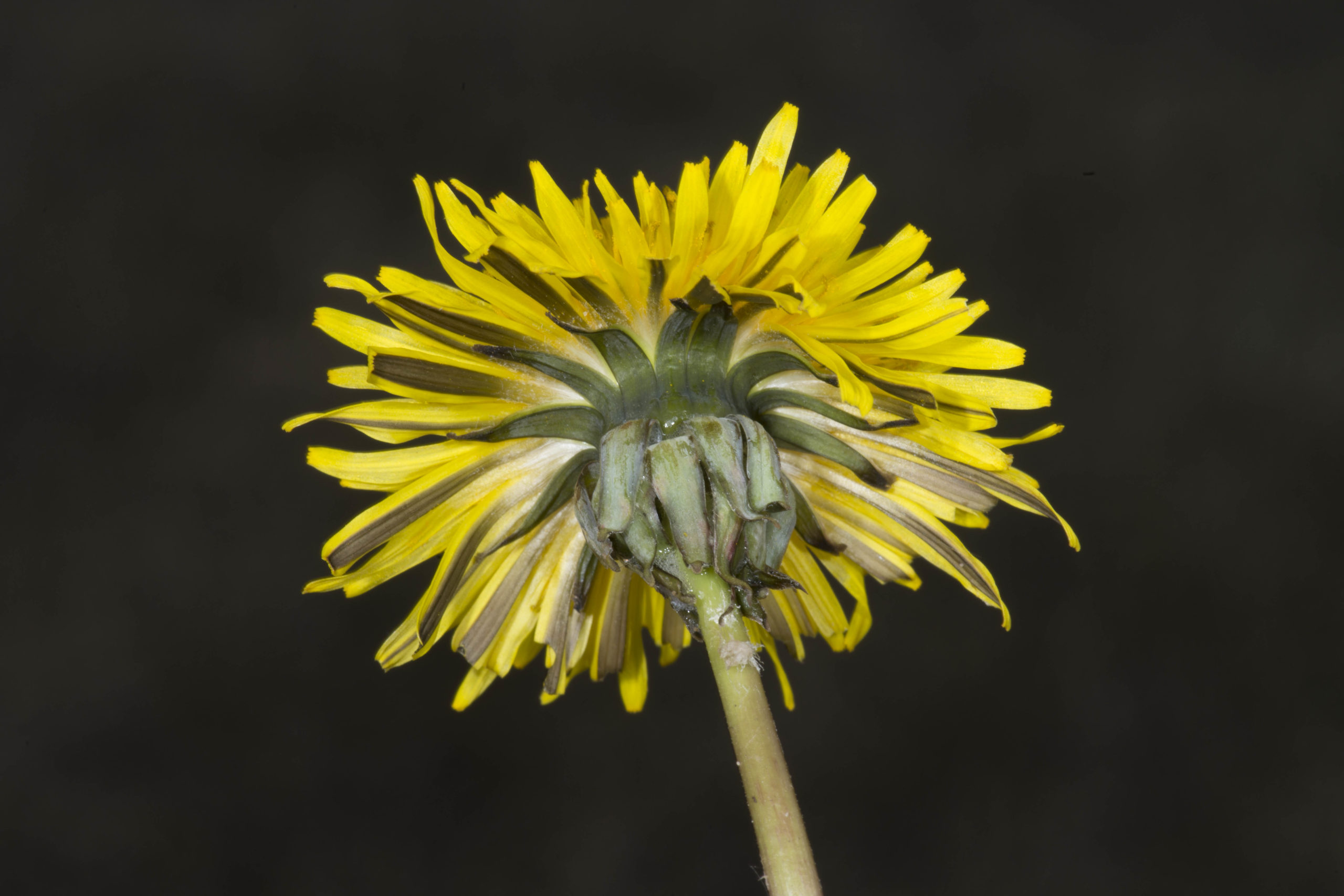 If you are serious about dandelion identification, we recommend that you join BSBI. Your welcome pack will include a copy of the BSBI Yearbook with full contact details for every single referee, along with notes on the material they require in order to make an identification. 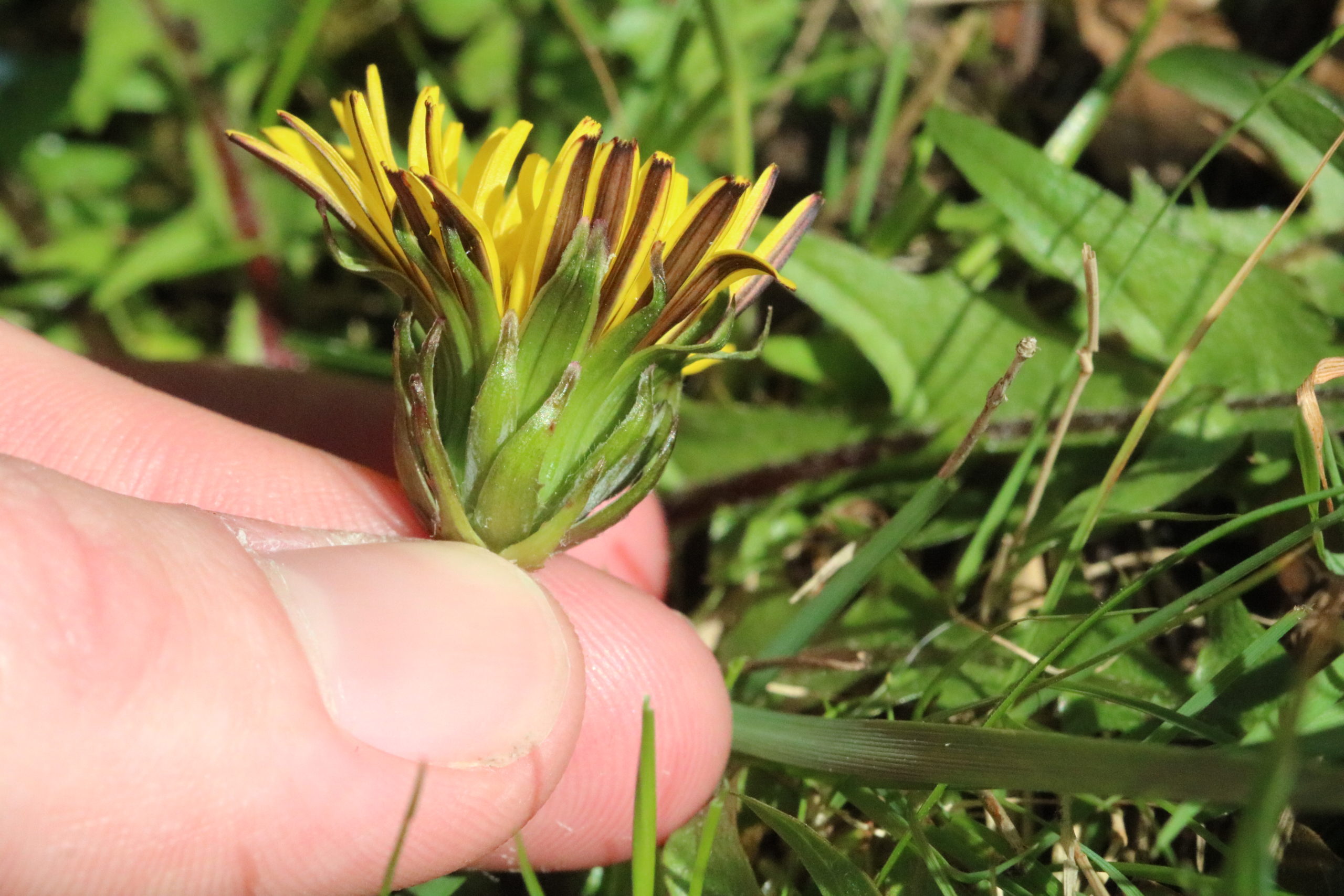 On 25th April 2020, ecologist and BSBI member Josh Styles hosted a free online introductory course to dandelion identification. It attracted 305 participants on the day and has since been viewed more than 4,000 times!

You can view Josh's slides here: An Introduction to Dandelions or watch the presentation on YouTube.