The county has a botany group, which is very active on social media, with its own Facebook group DWT Botany Group and website & blog at:  https://www.durhambotany.org.uk/

County Durham is probably best known for Upper Teesdale, with its rugged scenery and a broad range of over 50 nationally rare and scarce species in its arctic-alpine flora. There are several published guides to the Teesdale flora.

Most of the national rarities are easily seen from the Durham side of the Tees, along the track going south from the Cow Green Reservoir car park (NY8130) to the stunning Cauldron Snout cascade. For ferns, you have to descend the very steep waterfall “path” and continue on downstream to Falcon Clints. For the Yorkshire side of the Tees, the best route is the more strenuous path from Hanging Shaw car park (NY8629) south-westwards across the Tees to Cronkley Fell.

For both routes, the best places to see the classic plants are in the fenced-off “exclosures”, which are mostly by the side of the paths.

A third popular route is to follow the River Tees from the Low Force to the High Force waterfalls, mostly along the Pennine Way on the Yorkshire side. This route has fewer of the rare plants, but makes up for this with fantastic scenery. A guide to these routes can be downloaded from this webpage.

The extensive moorlands in the upland west of the county are mostly fairly poor habitats, though there are some excellent stands of juniper, most notably at High Force. A long history of lead mining has resulted in the contamination of parts of the uplands, particularly stream banks, with metals.

This has produced “calaminarian” habitats, with specialist metal-tolerant species such as Spring Sandwort, mountain Pansy and Alpine Penny Cress, often among areas of bare soil. The best sites are small and scattered in the west of the county. A small area of the wooded River Tyne banks between Wylam and Clara Vale has another of these species, Dune Helleborine

Upland hay meadows still retain many interesting species, though they are by their nature mostly not open to the public. Good examples can be seen from footpaths on the Cronkley Fell and Low Force walks suggested above, and at the DWT reserve at Hannah’s Meadow (NY9318).

Glacial sand and gravel deposits, much worked for mineral extraction, have produced a suite of grassland species on thin soils.

Accessible sites can be found in the Crawcrook, Ryton, Greenside and Blaydon Burn area (NZ16), extending into Northumberland at Broad Oak Quarry. Sheep’s-bit, Bird’s-foot, Small Cudweed, Bugloss and Annual Knawel have their county HQ in this habitat.

In the east of the county, the magnesian limestone grasslands are the main attraction, with Blue Moor Grass, Birds Eye Primrose, Perennial Flax and the best UK populations of Dark Red Helleborine. The best sites for visitors are Thrislington NNR (NZ3132) and the Durham Wildlife Trust’s Bishop Middleham Quarry (NZ3332).

These two reserves are both about three miles from the Durham Services Junction 61 on the A1(M).

There are a number of other “mag lime” sites, detailed in a DWT publication “Magical Meadows”. The South Shields coast, including Harton Downhill (NZ3965) and Marsden Old Quarry LWS (NZ3964) is particularly interesting.

Where the magnesian limestone meets the sea, there are superb dene woodlands. The best sites for visitors are Castle Eden Dene NNR (NZ4239) and the Durham Wildlife Trust’s Hawthorn Dene (NZ4245).

Most of the Durham coast can be accessed from a scenic coastal footpath. In the Hartlepool area, Hart Warren Dunes (NZ4936) and Seaton Dunes NNR (NZ5328) are important coastal grasslands.

Salt marsh has almost entirely gone from the River Tyne and River Wear, but there are still large areas at Teesmouth, mainly at Greatham, and a good Salicornia marsh at the southern end of the Seaton Dunes NNR. None of these are very accessible.

Tiny areas of salt marsh are accessible on the tidal stretches of River Tyne tributaries, the River Team (NZ2362) and the River Don (NZ3365). About two hectares remains on the Wear, at two adjacent, accessible sites, Barons Quay (NZ3557) and Timber Beach (NZ3658).

The coalfield area has now few signs of its industrial past, but does have an interesting range of wetlands, some of them resulting from mining subsidence. The best examples are the DWT reserve at Shibdon Pond (NZ1962), which is near the Metrocentre, and Ryton Willows, (NZ1564). Billingham Beck Country Park (NZ4522) is also worth a visit.

The best riparian wetlands are the DWT reserve at Low Barns, Witton-le-Wear (NZ1631), and the Butterby Oxbow SSSI (NZ2738). 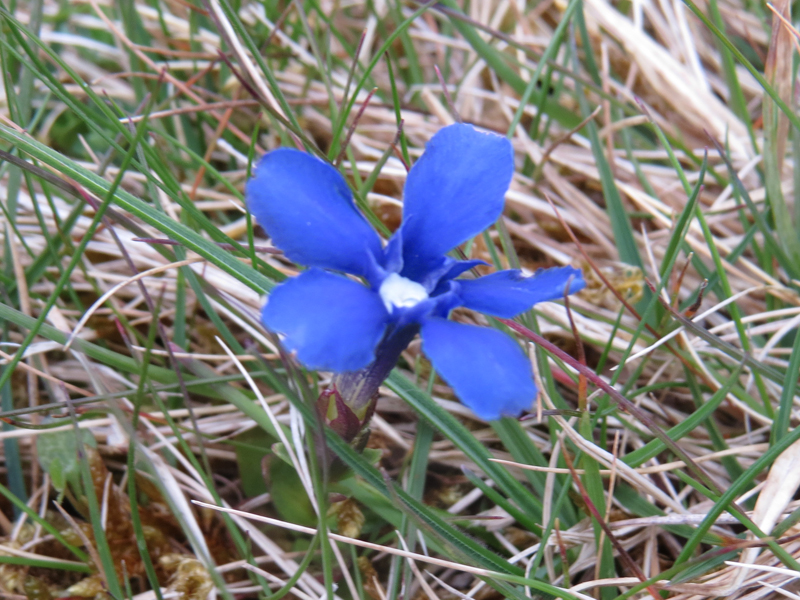 Recent changes in the Flora of Co. Durham

There are site floras with details of the sites, or site checklists with more basic information, for most of the important botanical sites, downloadable from this web page. Guides to the DWT reserves can be downloaded from their web site. Some of the woodlands are on the Woodland Trust’s “Visit Woods” website. If you visit a site, please put your findings on record with us by email or through the North East Flora web site.

The Derwent Walk Country Park links these woodlands with a number of smaller Forestry Commission, DWT and Woodland Trust properties, extending to over 1000 hectares of species-rich woodlands in the scenic Derwent Valley.

In the Wear valley, there are several interesting woodlands. The “Wear Gorge”, where the river winds under steep banks between Durham City and Chester-le-Street, has good, but unconnected, walks at Finchale Abbey (NZ2947) Raintonpark Wood (NZ3046) and Kepier Wood (NZ2944). Further up the valley in Weardale, there is little ancient semi-natural woodland, but there are some small wooded tributary valleys with upland, ash/hazel ASN on the north side of the dale.

Teesdale has some excellent woodlands, the most accessible of which are easy walks from Barnard Castle. Going upstream from the town, Flatts Wood and Teesbank Wood (NZ0417) have a number of scarce species. Going downstream, Teesbank Wood and Abbey Bridge Woods (NZ0614) are worth a visit, and lead on further afield to Rokeby, Whorlton, Winston and Brignall Banks SSSI. Across the Tees from Barnard Castle, Deepdale and Ray Gill Wood (NZ0316) is one of Teesdale’s largest ASN woods.