December 2019: I am currently updating the layout and content of the BSBI Ireland webpages. Please excuse any issues while this work is taking place. Thanks, Sarah 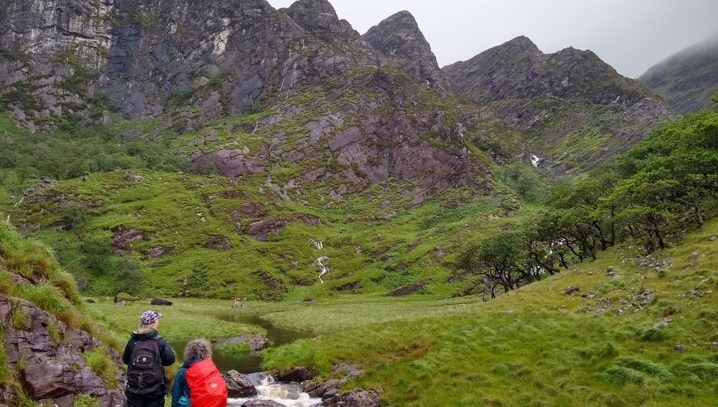 The Ireland Officer supports BSBI county recorders and members, and works with partner organisations on botanical projects and surveys.

Happy New Year! The annual BSBI Ireland Newsletter is now available, covering all the major developments in 2019 and looking ahead to 2020. VCRs should have received their copy in the post before Christmas, but if not, please let me know. 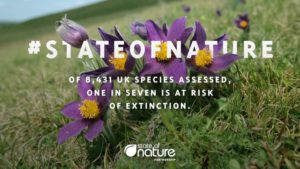 The UK's State of Nature report 2019 has been published. Find out more about the report and BSBI's involvement here. You can also download the summary for northern Ireland and read commentary on the situation in Ireland from John Faulkner, BSBI County Recorder for Armagh and BSBI President 2015-2017. 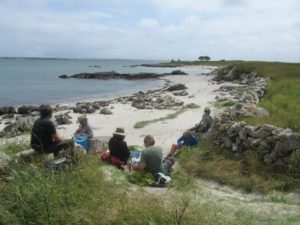 The Irish Autumn Meeting and AGM was held on 21 September at the National Botanic Gardens, Dublin with a great range of talks:

First, Robert Northridge reported on the amazing recording efforts that have been made over the last few years, such that nearly all hectads in Ireland now have over 200 species recorded and have reached at least 60% re-record rate since the year 2000.

John Conaghan reported on the big four-day field meeting in West Galway in July. 39 people participated, collecting around 5400 records from 12 hectads in this beautiful part of the country. Rory Hodd treated us to photos of exciting plants, stunning landscapes, and wet botanists as he told us about the Rough Crew's exploits for the year. Aoife Delaney gave an interesting talk on the new, fast-growing Leitrim Local group with their busy schedule (13 trips!) and efforts to engage with the local community.

Paul Green gave a summary of the hugely successful Aquatic Plant Project - 34 days, 94 participants, 91 hectads and hundreds and important records from this under-recorded group of plants. This was followed by two talks by Nick Stewart. The first highlighted the importance of Ireland's unique and varied aquatic habitats, while the second focused on some particularly tricky elements of aquatic plant identification. All-in-all it was a very interesting, informative, and enjoyable event. I hope anyone who missed it will be able to join us next year!

Looking for something that was here before, but can't find it anymore? All older news items are now kept in the Ireland News Archive.

These are informal groups run by volunteers. They are a great way to improve your skills and meet other botanists. Get involved with a group near you!