The first ever county Flora for the Isle of Bute - written by County Recorder Angus Hannah - was published in 2019. Find out more here - buy the book here. Scroll down for Angus's latest addenda & corrigenda (Feb 2020) to the Flora and other VC100 resources. 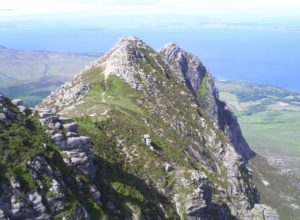 V.c. 100 coincides with the old county of Buteshire and includes all the islands within the Firth of Clyde, apart from Ailsa Craig. These comprise Bute with Inchmarnock, Arran with Holy Isle and Pladda, and the two Cumbraes. The two largest islands, Arran and Bute, are complementary in character, Arran having mountains while Bute is relatively low-lying but possesses an abundance of freshwater lochs which are scarce in Arran.Thus the flora of these two islands is quite different, both in terms of the species present and in their relative abundance. For this reason separate Rare Plant Registers have been produced for each. The smaller islands, though botanically quite rich and interesting in themselves, do not add much to the flora of the county.

Geologically, v.c. 100 is one of the most varied in Scotland. The Highland Boundary Fault dissects Bute and also underlies the huge tertiary volcano whose eroded roots form the mountainous north of Arran.

North of the fault, the rock is Dalradian schist, to the south it is mainly Old Red Sandstone, while numerous intrusions of both carboniferous and tertiary dolerites cross all the islands. Little Cumbrae and the south end of Bute consist almost entirely of basaltic sills, which form a distinctive ‘trap’ landscape. Lime-rich rocks of Permian age occur in the south of Arran. In many parts the bedrock is overlain by a deposit of mainly schistose till left by the retreating ice. In much of central Arran there has been extensive development of peat.

Botanically, Arran’s chief claim to fame is its pair of endemic Sorbus species, S. arranensis and S. pseudofennica, and the recently recognised S. pseudomeinichii. Prior to 1950, there are more Arran records for Sorbus and Mertensia than for all other species combined! However, the island has much more to offer, including two endemic hawkweeds, and while the mountains, being granite, are floristically unremarkable and large tracts of the interior are undeniably dull, the raised beaches and their associated cliffs are very rich. 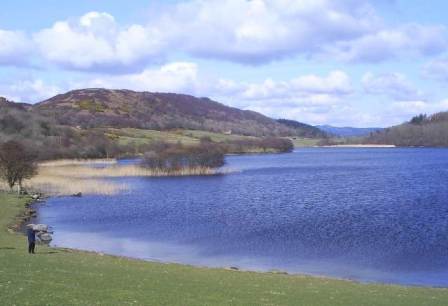 Bute, though less than a third of the size of Arran, and with half its area devoted to intensive farming, boasts a similar number of species (around 1000) in a total area of little more than a hectad. In this respect, Great Cumbrae is equally impressive, with over 600 species in an area equal to just three tetrads. Neither of these islands possesses any notable rarities, but the sheer variety in a small compass ensures that most visitors quickly find something unfamiliar.

The three main islands are easily accessed by ferry, and botanical visitors are especially welcomed. Any records should be sent to the County Recorder, preferably by email.