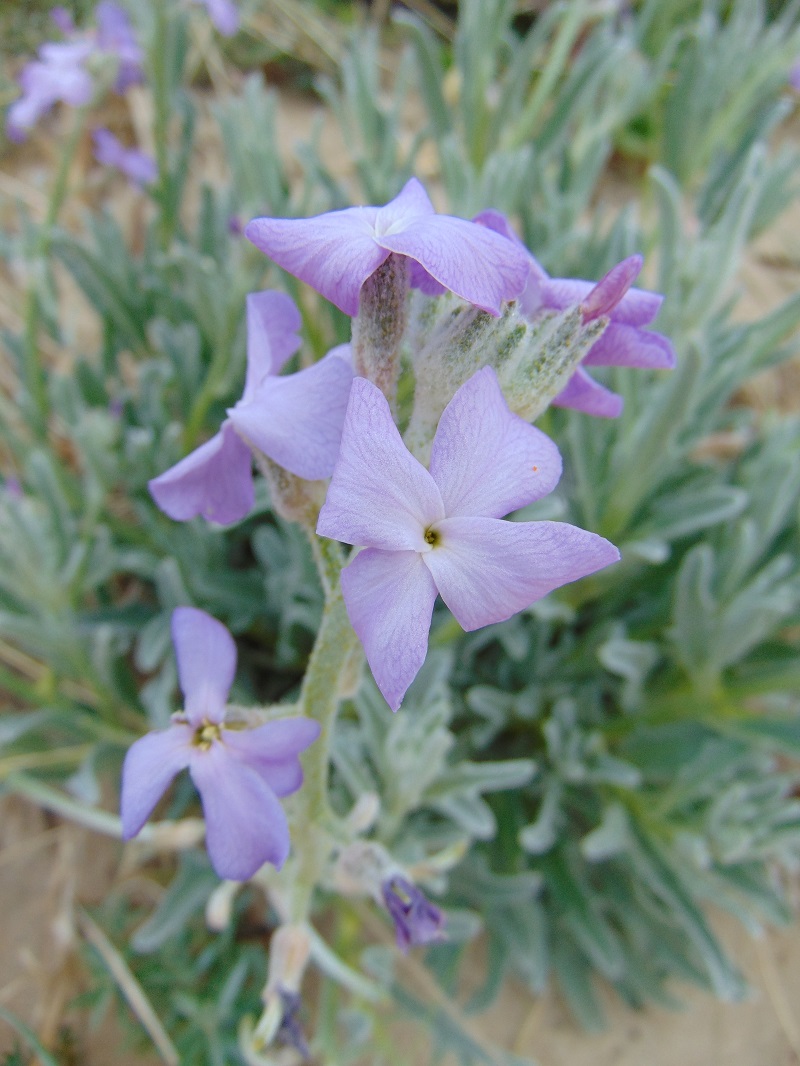 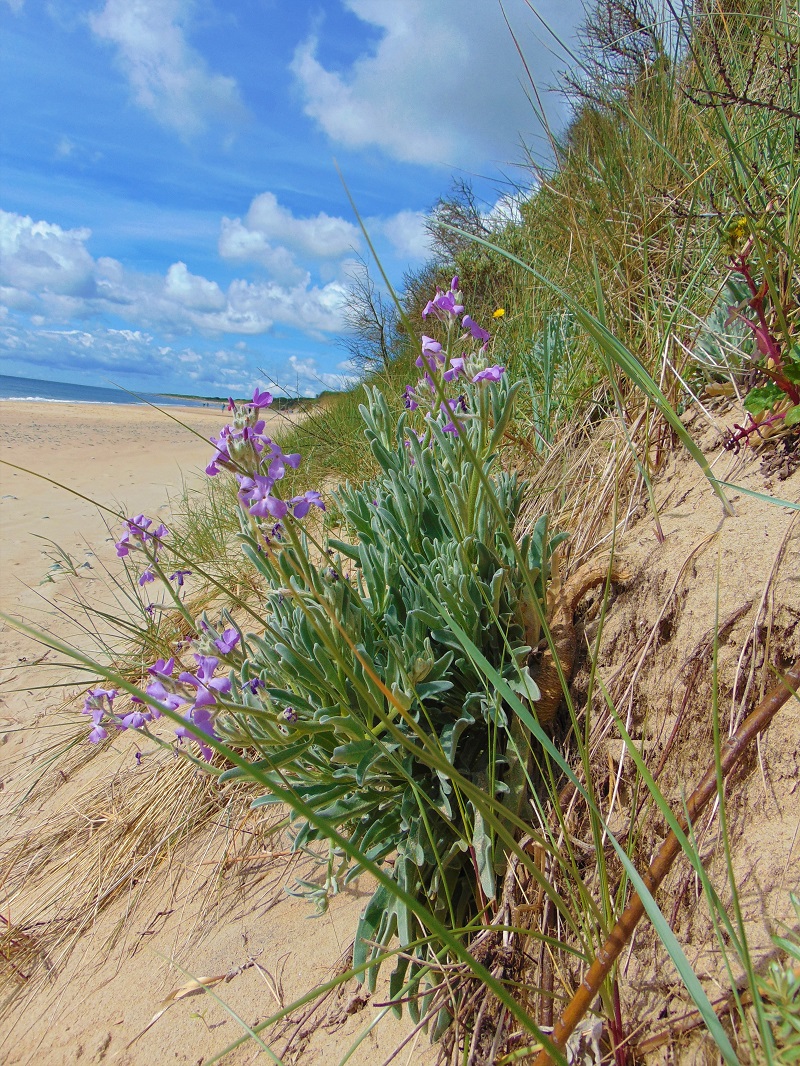 2019 proved to be another fantastic year for plant recording in Wexford. I had expected it to slow down, as we were heading for the close of recording for Atlas 2020, but the opposite proved to be the case, with over 60,000 records collected. We also managed to visit the last few monads with no records. In all, there are 2,564 monads with records. If the number of species were shared out evenly between the monads, the average would be 167, this is an increase of 9 compared with 2018.

There have been some exceptional refinds of native species that were thought extinct in the county.  Matthiola sinuata (Sea Stock) had been regarded as extinct in Ireland since 1925, yet was refound on the east coast at Morriscastle (T1942) in April! On the south coast, Cytisus scoparius subsp. maritimus (Prostrate Broom) was refound on Baginbun Head (S8004) in large numbers. This distinctive subspecies hugs the ground, rather than growing upright; it was last recorded here in 1882 by H.C. Hart, and the current record is the first for the county since the 1960s. Also on the south coast, Lathyrus japonicus (Sea Pea) was found on a shingle beach on the Hook (S7500), the 2nd county record, and first since 1994. It wasn’t just native species that we had luck with, as, in late December, Angelica archangelica (Garden Angelica) was refound on the bank of the River Barrow at New Ross (S7228), this garden escape last being reported here in 1994 by Ro FitzGerald.

The number of new species and hybrids added to the county still continues to surprise me, with 33 in 2019. Alexis Fitzgerald collected a number of dandelions, 9 of which had not been recorded in the county before: Taraxacum aesculosum, T. atrocollinum, T. degelii, T. elegantifrons, T. exacutum, T. hibernicola, T. landmarkii, T. pseudohamatum and T. scoticum – all, I take to be native. The only other natives are two hybrids found by me: a large clump of Viola x bavarica (Early x Common Dog-violet) on a road bank with both parents at Ballinvunnia (T1845), while a wood at Garrylough (T0729) yielded Geum x intermedium (Water x Wood Avens), cohabiting with both parents.

Zoë Devlin had Spinacia oleracea (Spinach) appear below the birdfeeder in the garden at Gibletstown (S9011), determined by Matthew Berry. All other non-native new species were found either by me or Paula O’Meara, or by us both while recording together.

New species found by me and Paula are: Phedimus stoloniferus (Lesser Caucasian-stonecrop) well established on top of, and on the sides of, high walls within the grounds of Monksgrange (S8241), confirmed by Ray Stephenson, and a photo was published in the Sedum Society Newsletter (Stephenson, 2019). Also from a wall at Monksgrange was a self-sown bush of Berberis wilsoniae (Mrs Wilson's Barberry), confirmed by Mark Duffell.

There have been much fewer records sent in by other recorders than in past years. Despite this, there have been some very good finds. Hyoscyamus niger (Henbane) was found on a road bank at Bannow (S8207) by Vera Roche Murphy, this being the first county record for eight years, an area where Henbane has been known since 1872, when reported by Miss Nunn. Vera’s find really got botanists excited, as the 3 plants must have been the most visited and photographed plants in the county in 2019, as I saw many pictures on social media. On a downer, somebody dug up one plant, and many seed pods were taken from the two remaining plants. Another surprise find was Geranium purpureum (Little-Robin) at the train station in Wexford Town (T0422) by Zoë Devlin, this being the fourth site in the county, and first for the railway line going north, as the other sites are along the railway line from Rosslare to Ballycullane. On investigation Little-Robin was found to be by the station platform, along the fence of the public park bordering the railway line a little north of the station, and on a heap of rubble in the car park. Frankie Tennant & Roy Watson had Vicia lathyroides (Spring Vetch) on the dunes at Morriscastle (T1940) in April, the fifth dune system the species has been found on in the county. They found Geranium rotundifolium (Round-leaved Crane's-bill) for a new hectad, on a sandy road verge at Ballyconnigar (T1332), a species which seems to be slowly spreading in the county. Frankie’s Viola reichenbachiana (Early Dog-violet) from a hedge bank at Killane (T0616) is a new hectad record. And finally Mary Foley counted 18 Ammi majus (Bullwort) on a disturbed road verge at Coolcotts (T0321), the fourth county record. 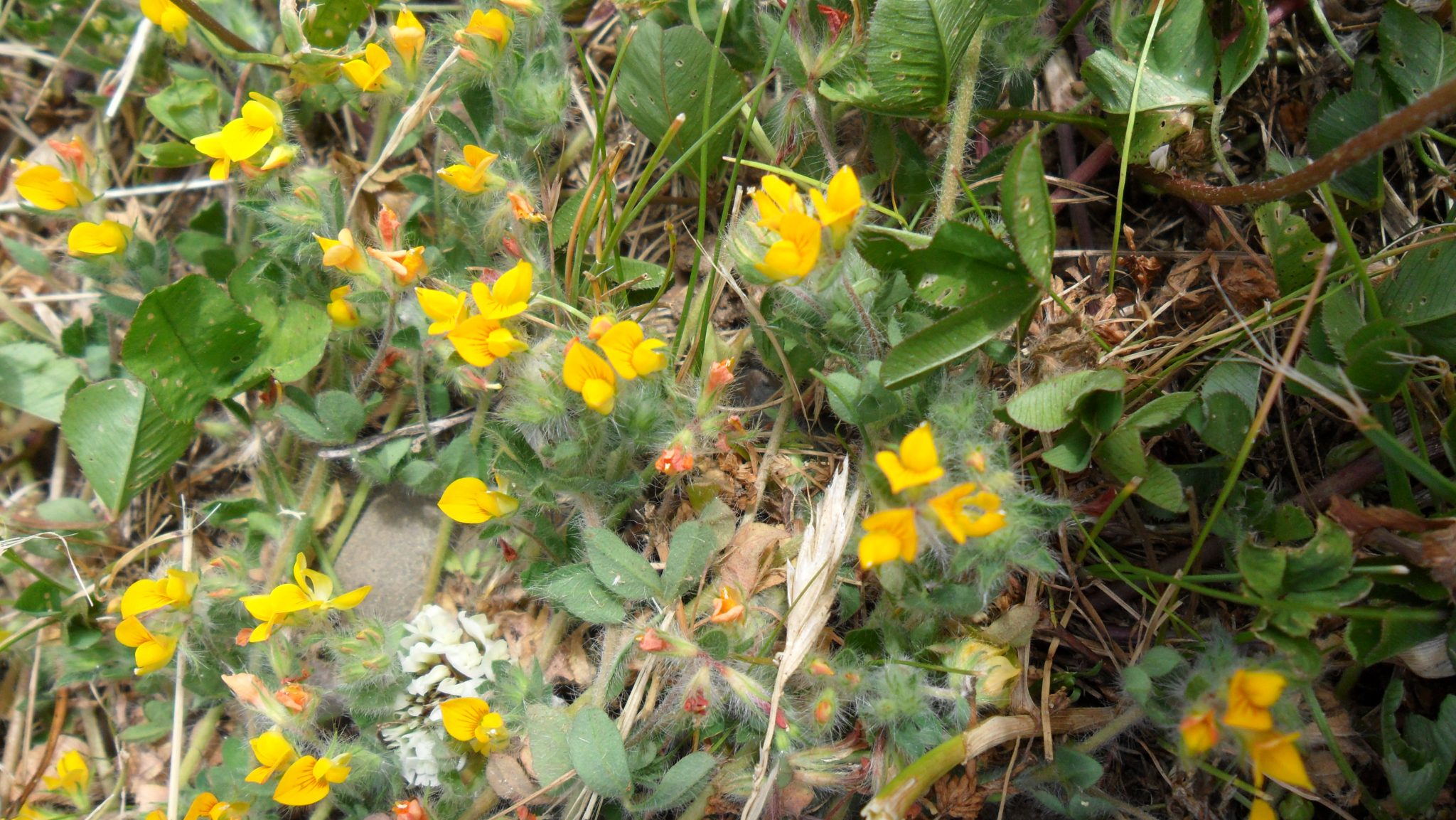 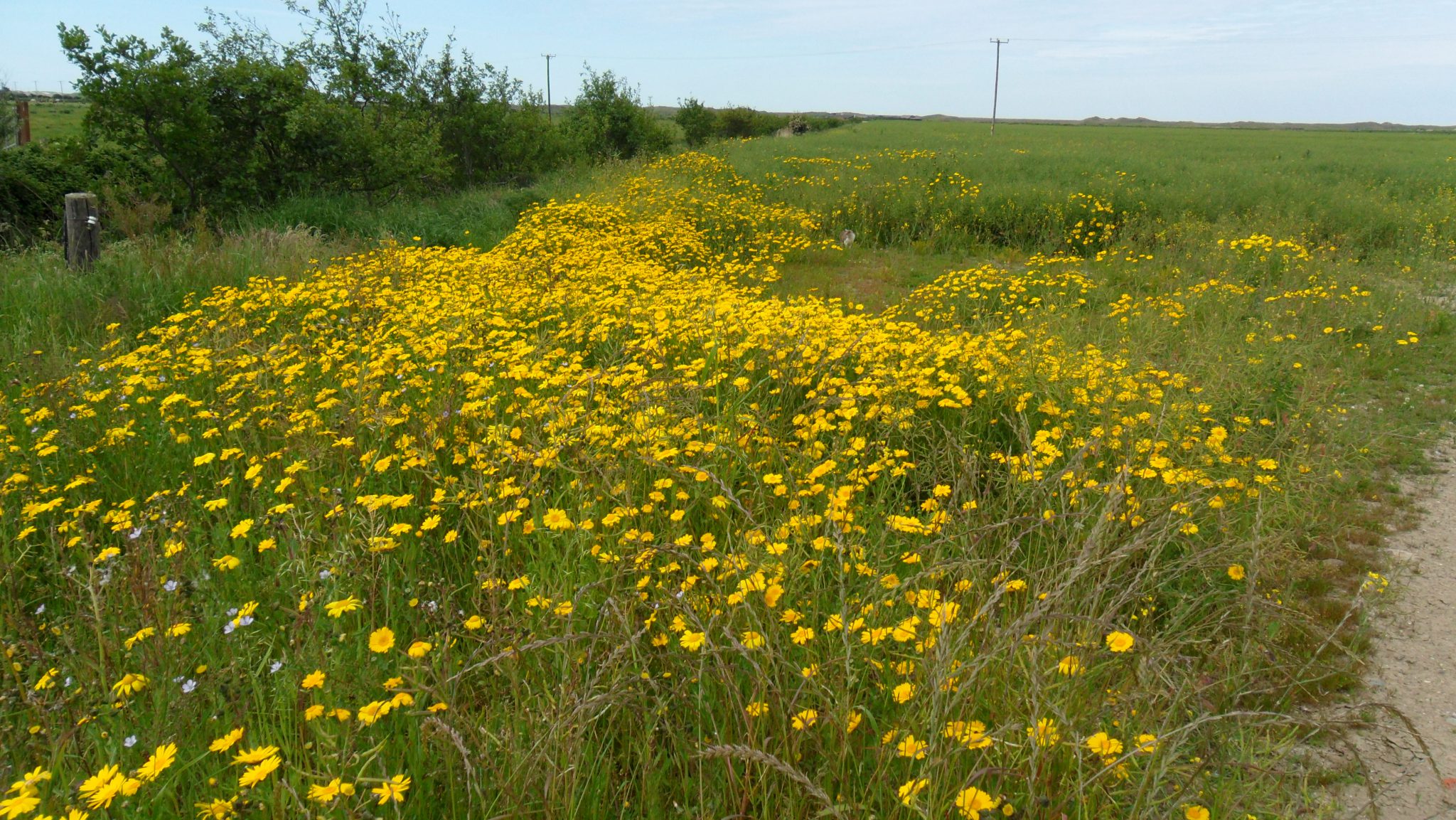 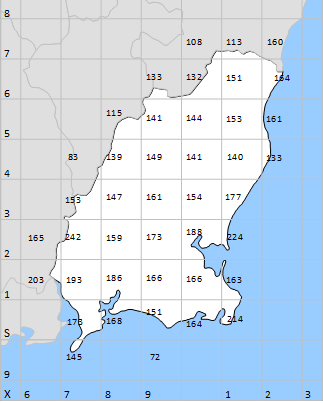 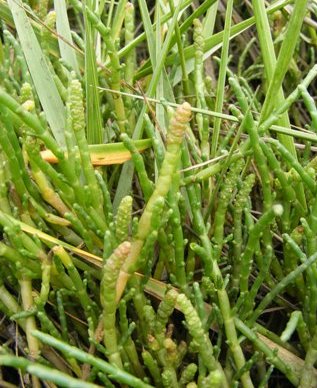 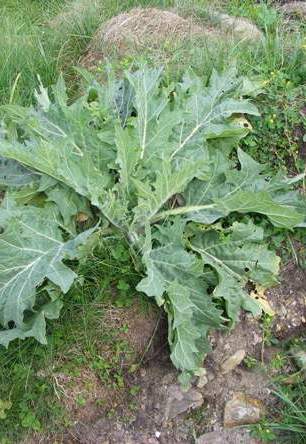 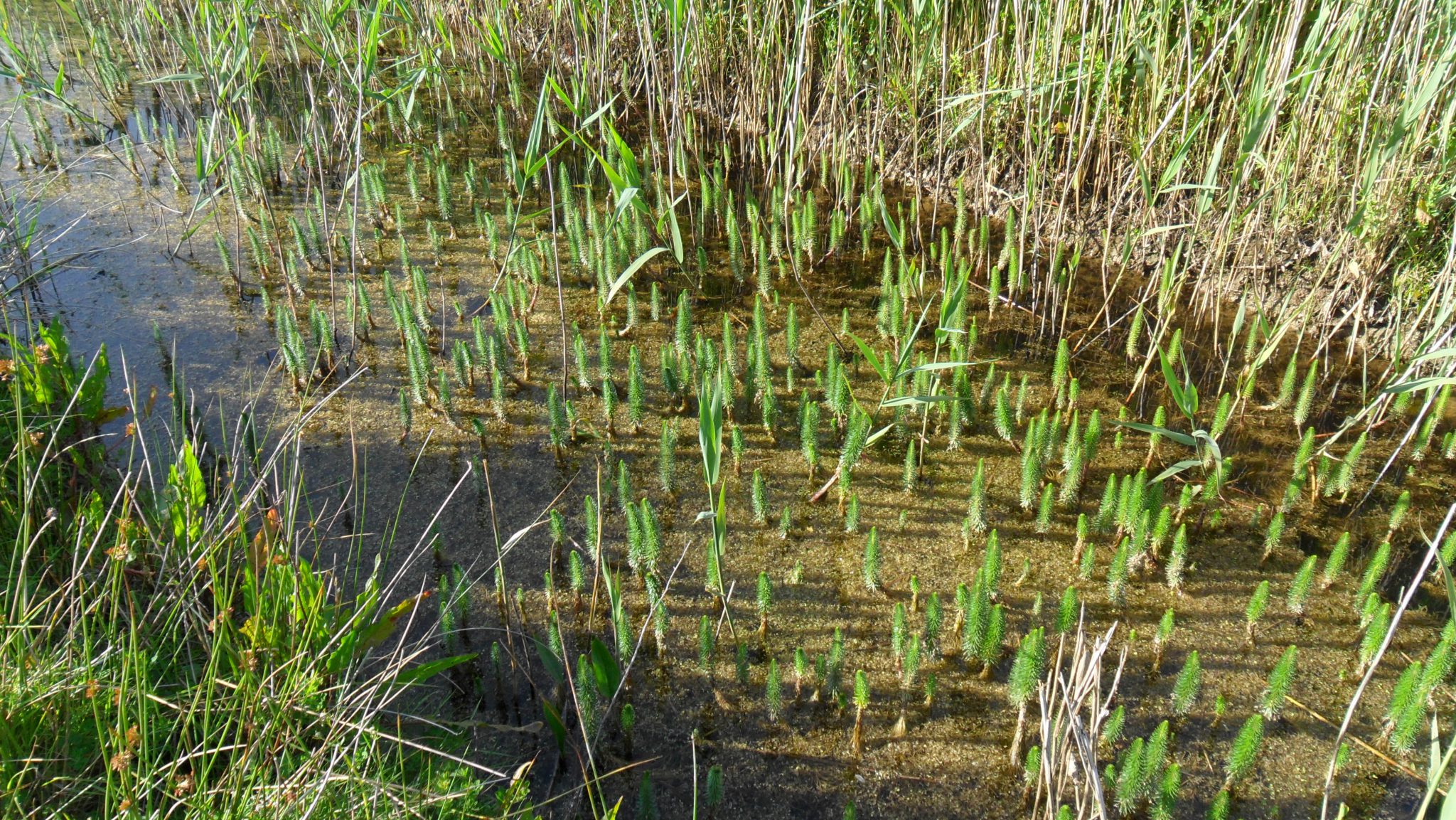 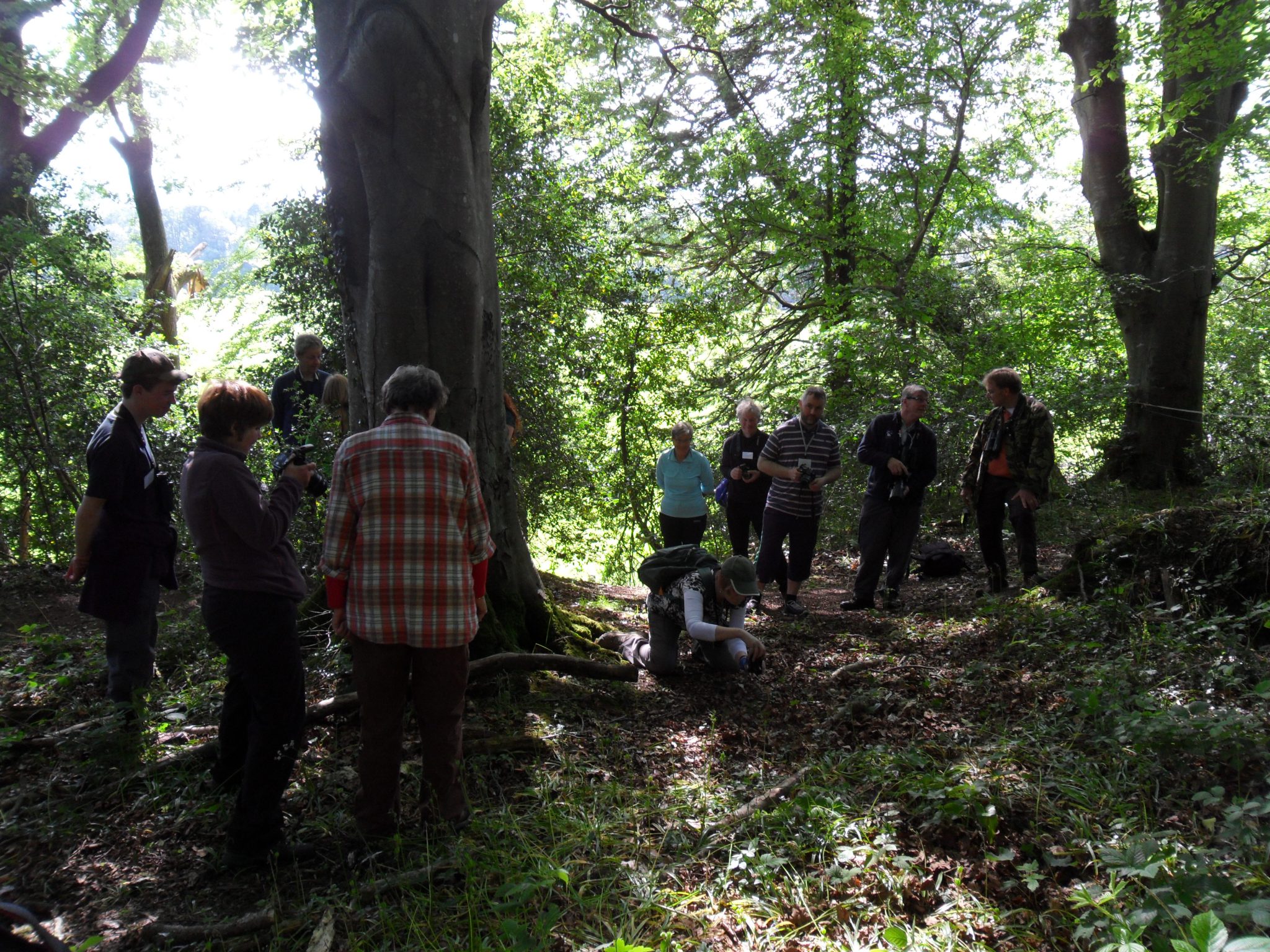 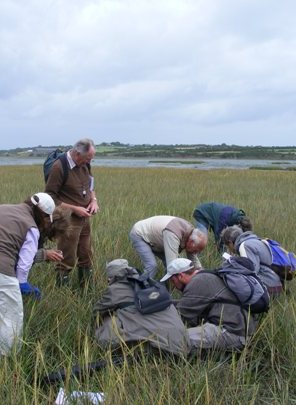 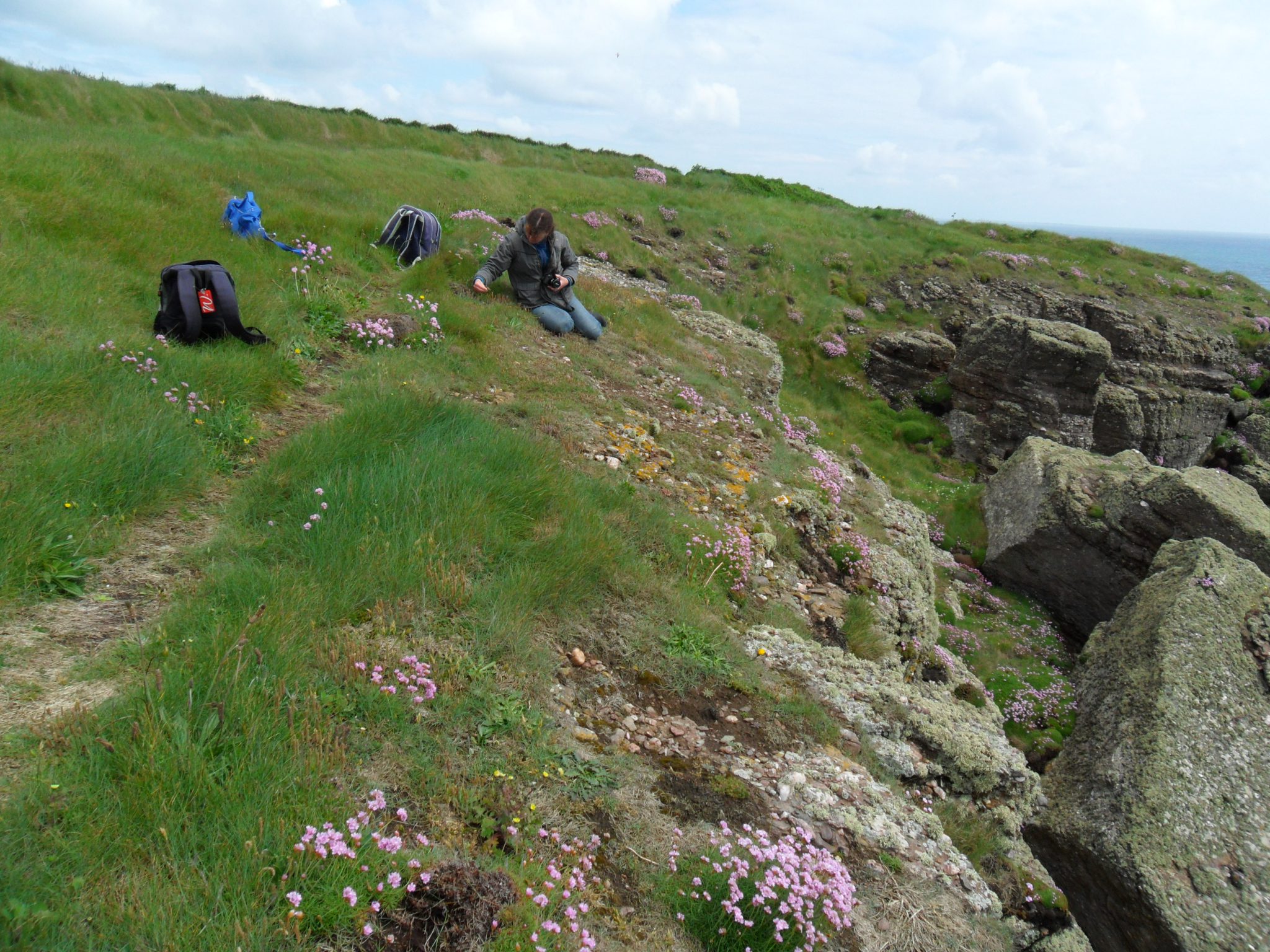