The vice-county recorders for VCC 69 and 70 are Mike Porter, Phill Brown and Jeremy Roberts, and there is an active group, the Flora of Cumbria Recording Group, which functions within Cumbria Wildlife Trust, and is currently involved in recording for the BSBI Atlas 2020 project.

Mike should be contacted on matters relating to recording of plants in the county.

Have a look at the active Facebook group for news items and discussion of any aspect of Cumbrian botany, at:

Your comments, inputs, and ideas for the development of these sites will be welcomed.

The existing county Flora is A Flora of Cumbria (1997) by Geoffrey Halliday (published by University of Lancashire Centre for Northwest Regional Studies).

The Rare Plant Register of Cumbria by Mike Porter and Geoffrey Halliday was published in 2014. It is intended to make updated versions available for download in due course.

Both these publications are available from Summerfield Books www.summerfieldbooks.com/

A Flora of Cumbria gives the total of non-critical species recorded since 1970 as 1373 – an impressive indication of the range of habitats available, in such a relatively northern location.

The administrative county of Cumbria comprises the two vice-counties, 69 and 70, which have been treated together for botanical recording.

At 2,613 square miles (6,767 square kilometres) Cumbria is the third largest county in England (after North Yorkshire and Lincolnshire).

Its entire western boundary borders the Irish Sea, with important estuaries in the north (the Solway Firth), the southwest (the Esk and Duddon), and in the south, with the vast mudflats of Morecambe Bay.

To the north the wild ‘Border’ region abuts Scotland (vice-counties Dumfries, VC72; Roxburgh, VC80), and the eastern boundary, down the length of the North Pennines, meets the vice-counties of South Northumberland (VC67), County Durham (VC66), and Northwest Yorkshire (VC65).

In the southeast, Sedbergh District, actually part of VC65, is within the county of Cumbria, and was treated in A Flora of Cumbria and The Rare Plant Register of Cumbria. To the south is West Lancashire (VC60).

The landscapes of Cumbria are dominated by the two great masses of strikingly contrasting geology, morphology, aspect, and flora: the Lake District and the North Pennines. These face each other across the wide northward-running valley of the River Eden, with its vigorous tributary the River Caldew.

A description of the landscapes and some of the special plants of Cumbria is on the website, address above. 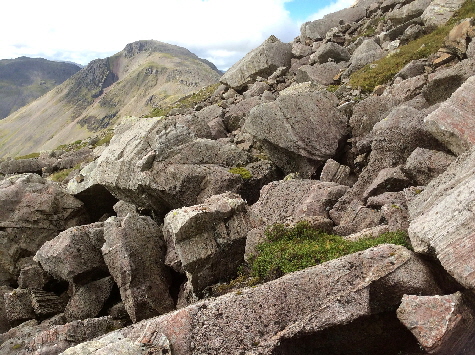 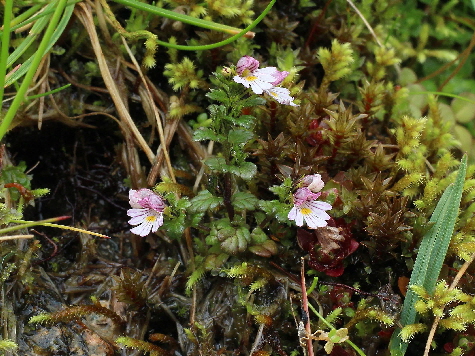