I have been recording "pavement plants" on a 1km length in St.Andrews as no spraying was done by the council. About 40 species including Vulpia bromides (Squirrel -tail Fescue) which is not seen very often here and a lot more Mycelia murals (Wall Lettuce) than usual. Also  Raphanus raphanistrum ssp maritime (Sea Radish) on coast.

An Epipactis  found locally caused a lot of questioning by various people and was thought to be  E. leptochila (Narrow-lipped Helleborine). Also there was an unusual number of the Epipactis helleborine (Broad-leaved Helleborine) in Fife.

Some more records of Conyza canadensis, (Canadian Fleabane). Recorded two years ago but now appearing in car parks, bus stations etc. It would be interesting to see if this is moving up from the south where it is very common.

Prof. Hamlyn Jones pointed out that some Mulleins which had been previously recorded as V. thaspus, were in fact Verbascum densiflorum . (Dense-flowered Mullein). This is probably  due to it not being in any of the ordinary Field Guides except Stace! (See poster for SAM) and is therefore under recorded.

I am helping with recording species on one of the local golf course.

Some of the new records were found by members of the Fife Botanists and were confirmed by myself.

I am a tutor to three students on the FSC Identiplant course.

I have provided photos for the "Doorstep Botany" collection for the St. Andrews Botanic Garden and met with Harry Watkins, The Director, to discuss the introduction of more local wildflowers and habitats in the Garden. 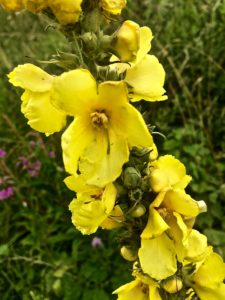 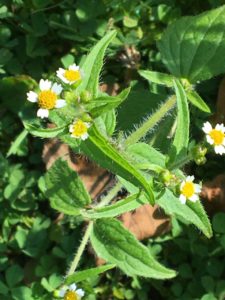 A new site in east Fife, The other sites (2) near Newburgh. 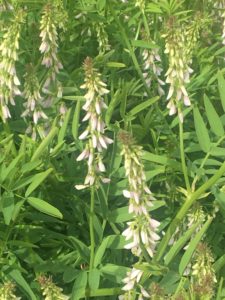 A new record for vc85