The year started well with a very successful New Year Plant Hunt, our total number of species topping 100 for the first time and 43 people participating. Later, in March, we held our indoor meeting where reports were given and excellent illustrated talks delivered about Mardale and Sandscale Haws. Plans were made for field visits to some of Cumbria’s best botanical sites. Then came lockdown. After this, most recording was done by individuals rather than groups. Our Facebook site Cumbria Botany kept us in touch with each other and also enabled us to publicise a serious concern - the planting of trees in botanically rich or valuable sites in several parts of Cumbria. The planting was undertaken sometimes with good intentions but with an almost total lack of knowledge of the potential botanical damage. Remedial action by those responsible has now been started. Meanwhile, suggestions by Richard Lansdown, Fred Rumsey, and others that Lemna gibba is being widely overlooked (as L. minor) in some areas led to investigations of duckweeds in parts of north Cumbria. From just one previous record in VC 70 (Cumberland) we now have 29 sites for Lemna gibba (22 tetrads), whereas L. minor was located in only 13 sites (10 tetrads) in the same area! L. minuta was in 5 sites (no previous records), and Spirodela polyrhiza was in 3 (previously 1). Finally, in November, members of the Recording Group submitted their best botanical memories of the year to the Newsletter. 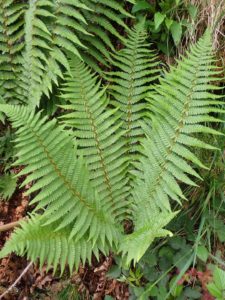 The second British colony of this rare subspecies, found near Rydal Water by Roger Golding. 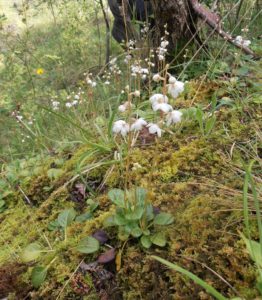 Found by David Eastlick in a botanically rich area near Whitbarrow and confirmed by Lynne Farrell. This is the first county record this century.

The first record for Cumbria and the third for Britain, found by Rob Dixon near Loweswater and confirmed by Chris Metherell. 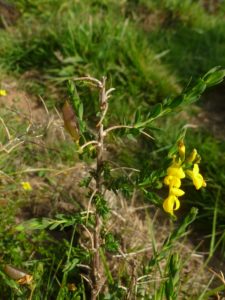 A species which is declining in Cumbria and much of England. Two healthy plants were found by Nigel and Lois Harbron and Linda Robinson on the steep banks of Hazelrigg Beck near Gamblesby on the western edge of the Pennines.