Our year began with another successful New Year Plant Hunt with 43 people taking part and 109 species being recorded, exactly the same numbers as in 2020 but not the same people or species!

In March we held our first get-together of the season in the form of a zoom meeting, looking over the previous year and making plans for 2021. After years of hard monad-bashing and then a year of isolation, we felt we all deserved time together in some of our best Cumbrian sites (often visited but not always carefully recorded).  Consequently we had a season of well-attended field meetings in botanically rich spots with some particularly attractive species recorded:

During the season we held a national field meeting to look at sedges at Tarn Moss and Eycott Hill, made some progress on the updating of the RPR for Cumbria, encouraged interest in the plants of Cumbria through our Facebook site, Cumbria Botany, which now has more than 660 members, produced three Newsletters and processed many records, some of them significant, via iRecord. As a result of field meetings and individual efforts, to date 10654 new records have been entered in the DDb, 5742 from Cumberland and 4912 from Westmorland. 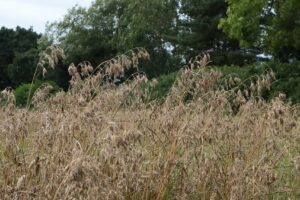 Found by Roy Atkins in a wheat field. Second record this century for Cumbria and seventh record in the last 200 years. 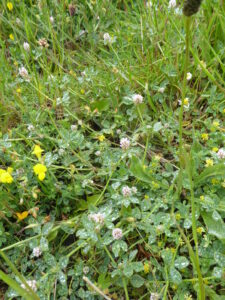 Found by Lynne Farrell and Roger Holme at Barrow-in-Furness and by Wendy Nelson near Grange-over-Sands. A rare plant in Cumbria 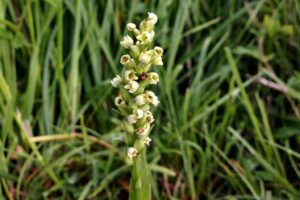 Another rare and declining plant in Cumbria, found in the far north of the county by Joe Dobinson.