A productive year (despite a broken wrist!) with several thousand records by a range of contributors. These have helped to fill some of the many gaps across the VC and provide updates elsewhere - all useful material for the RPR in preparation, as well as a projected flora.

Several notable finds resulted from reports by estate staff or members of the public, including a large population of Platanthera chlorantha (Greater Butterfly Orchid) under the ‘Harry Potter’ viaduct at Glenfinnan. Also in this category were two extraordinary finds at Corrour – Baldellia ranunculoides (Lesser Water-plantain) subsp. repens in Loch Ossian and Illecebrum verticillatum (Coral-necklace) in Loch Treig - as reported at the Scottish Botanists Conference in a joint exhibit with Sarah Watts (Corrour Estate’s Conservation Manager) and Richard Marriott.

In August staff of the RBGE and BSBI climbed Ben Nevis to mark the 250th anniversary of its first recorded ascent, by botanist James Robertson. They collected specimens for the Darwin Tree of Life project and valuable records of arctic-alpines.

Monitoring of two important populations of nationally rare or scarce species (neither in SSSIs) took place in 2021. Jim McIntosh remapped Diapensia lapponica (Diapensia) by 10m grid squares at its hilltop locality near Glenfinnan and showed its distribution to be essentially unchanged since IS mapped it in 2009. At Loch Ossian, IS and JM helped Sarah Watts to count Scotland’s largest known population of Melampyrum sylvaticum (Small Cow-wheat). An account of this, together with several other botanical highlights from Westerness in 2021, was included in the Scotland roundup in September’s BSBI News. 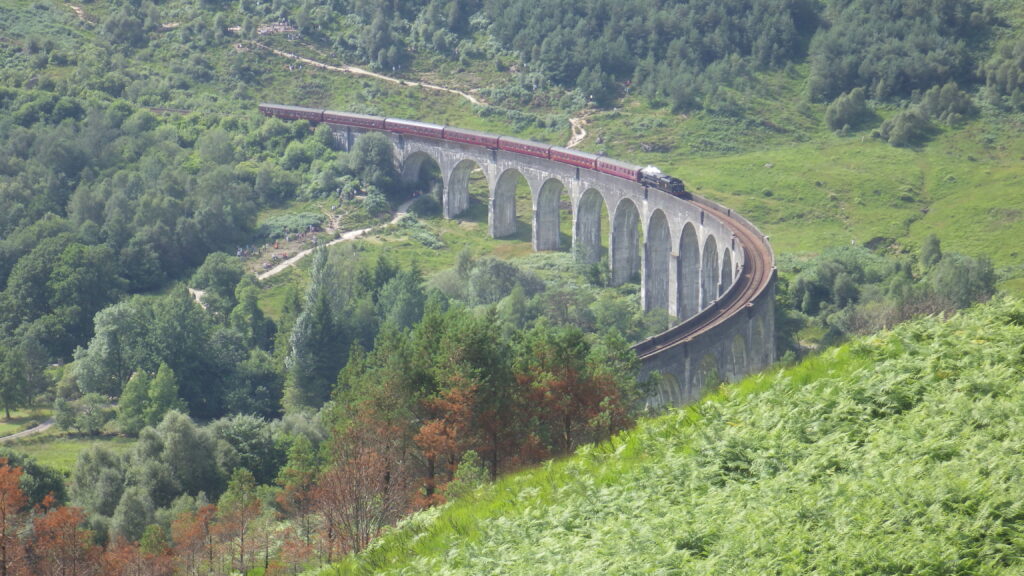 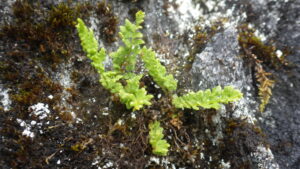 This Nationally Rare fern, not seen here since the 1990s,  was refound in Coire Lochain at its only locality in Westerness. 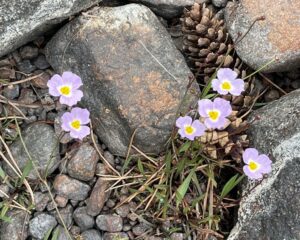 Spotted by a neighbour having a picnic beside Loch Ossian, this ‘first’ for the VC proved to be widespread in the loch and elsewhere at Corrour (photo Ann McCutcheon). 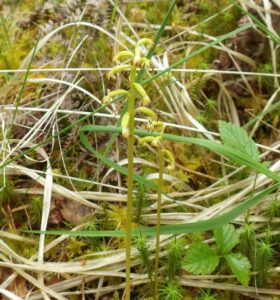 This inconspicuous orchid was discovered in the Loch Arkaig pinewoods, only the third site in Westerness and its most westerly site on the Scottish mainland. New sites were also found near Loch Ossian.