The East Lothian Botany Group met several times. Initially, we concentrated on policies around estate houses in order to learn more about unusual trees. We visited Bowerhouse, south of Dunbar and Huntington, near Haddington, both of which had been previously recorded so our aim was to refind records.

Caspian Richards arranged a Taraxacum Zoom workshop with John Richards. Members of the Group were asked to provide detailed photos of five different Taraxacum that John could look at beforehand which he was then able to determine and use for the workshop. We hope more Taraxacum records can be determined photographically in 2022.

We also helped Telford College students with an exercise to record plants around churches in Lothian.

The Group visited a coastal area, Tantallon Castle and cliffs (photo); an upland area near the Lammermuirs at Snawdon looking at Carex and looking for an old record of Sedum villosum; and recorded aquatics at Donolly Reservoir and Balgone Loch.

Under the Scottish HectAd Rare Plant Project (SHARPP), the Group searched for Zostera (Eelgrass) at Gullane but failed to refind it, however it was recorded in Aberlady Bay and at Tyninghame estuary.

In September, the Group was joined by East Lothian Rangers for a Rose ID workshop lead by Phil Lusby. We studied specimens that Phil had brought around a picnic bench before going to put what we had just learnt into practice in the field. Specimens were collected and sent to Roger Maskew (Rose referee) for confirmation.

A large quantity of Berula erecta (Lesser Water Parsnip) was found in the ditches at Gosford NT4578; this is normally found at Aberlady and a rarity, so a surprise. 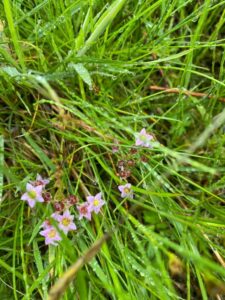 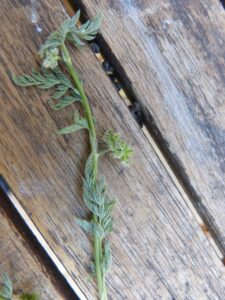 Torilis nodosa (Knotted Hedge-parsley) was found on a wall NT591850 near Tantallon by Sandra Goodswen. First record this century in VC.