Covid did not prevent the Cambridgeshire Flora Group from holding any local meetings, though the first was delayed by a few days to take it out of the lockdown period.  In addition, the Cambridge Natural History Society (CNHS) field meetings, when they were permitted, invariably included botanical recording.  Three BSBI national meetings took place in the county.

Once again a combination of Covid restrictions and the new date class encouraged a lot of recording, particularly in the area around Cambridge.  Across the county over 40,000 records were logged in MapMate, with a few additional records of species not in MapMate having to be logged directly to the DDb.  The usual annual updates of the RPR and Register of Plants of Conservation Concern (RPCC) were made at the beginning of the year, informed by these records.

Alan Leslie (Emeritus Recorder) compiled a report on the more interesting finds for the local journal Nature in Cambridgeshire.  He highlights the re-finding of Triglochin maritima (Sea Arrowgrass) on the bank of the River Nene, with its only previous record being in 1930.  In addition Alan has been finding or re-finding many records of Roses, and also found many new hybrids for the county and GB.

Thorough surveys were made of two sites: Madingley Hall and Park, and the Gog Magog Golf Course SSSI and in addition the CNHS covered Trumpington Meadows Country Park and Byron’s Pool LNR.  Few of the plants reported from Madingley Park in 1990 were re-found, as the grassland of the University Farm, which might have been considered as SSSI quality in 1990, was “improved” shortly afterwards.  The Gog Magog Golf Course SSSI is an absolute jewel of chalk grassland, with abundant Linum perenne (Perennial Flax) and our only extant site for Prunella laciniata (Cut-leaved Selfheal) and its hybrid with Prunella vulgaris (Selfheal).

The 2021 county newsletter circulated news, meeting reports and excursion plans to the local botanical community.  A county web page was maintained, and emails were sent to local botanists in advance of meetings.  I took part in two County Wildlife Sites panel meetings as the botanical expert.  Locally we were saddened by the passing of Philip Oswald, whose obituary appeared in BSBI News.

I have provided records in response to several inquiries.  It seems to be increasingly the case that people want botanical data to argue against planning applications, even when the botany has no relevance to the application. 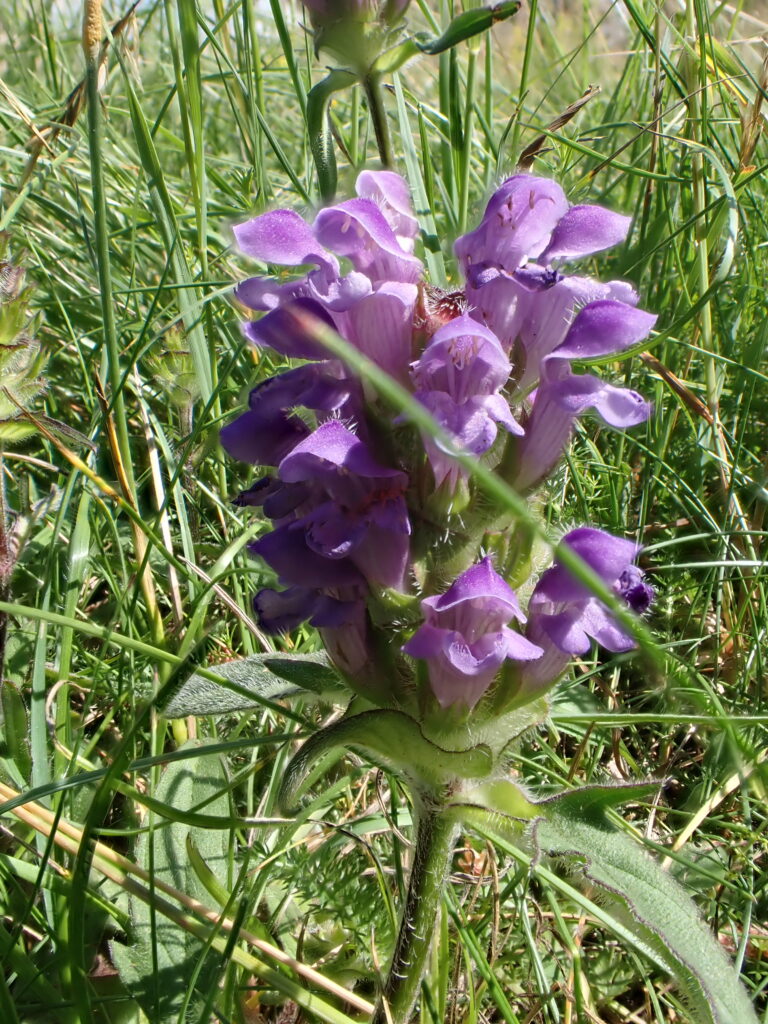