Over 130 new hectad records were made in VC104 in 2021. So far, over 8000 records have been transferred to the DDb. There are more, perhaps 2000, monad records of common plants that are not new at the tetrad level to be added, following a change of heart as to what to put on the DDb. Additionally, there are many thousands of such records from 2020 to add.

Members of SBG also surveyed Portree for the Urban Flora of Scotland project which resulted in a number of additions to the VC104 plant list. In total, 18 additions have been made this year, mostly garden escapes/throw-outs or planted in the wild.

An exhibit for the Scottish Botanists’ Conference about plants new to vice-county 104 in 2021 showed the fourteen new species recorded by then.

Cotoneasters in the C. bullatus/rehderi group have been studied and it appears that all VC104 plants examined are the former, based on petiole length, leaf length, leaf width and pubescence. However, the fruit size is larger than that given for C. bullatus in reference works. 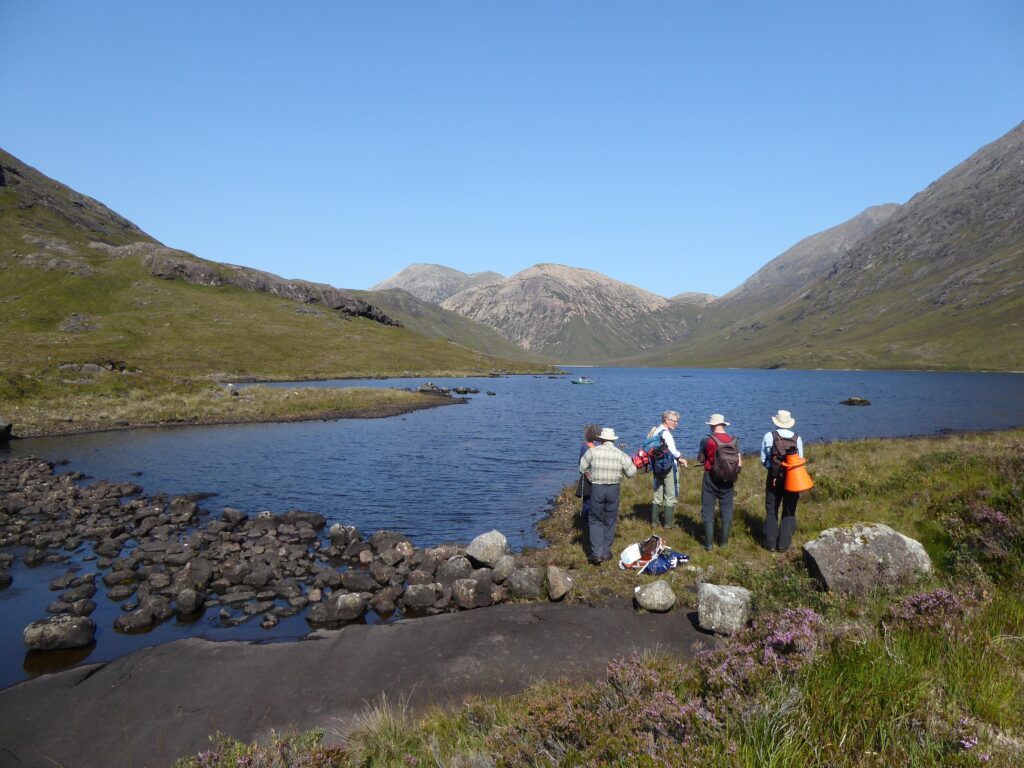 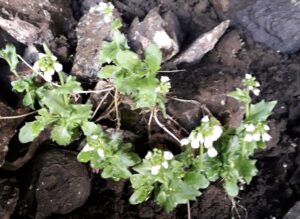 A new site was found some 1.5 km from the nearest previously known site by visiting BSBI member Lynn Youngs. 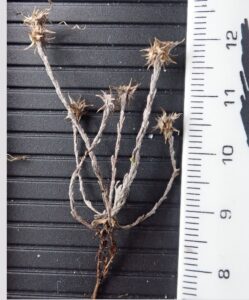 Found on waste ground in Portree looking as though it has been established for several years. New to VC104.