Recording activity was extremely limited in Louth this year due to Covid as neither VCR lives in the county.   We managed a trip in August to revisit a reservoir near Monasterboice where Nick Stewart had done some recording in 1993,  and also to look at a small quarry in Almondstown that looked interesting from aerial photos.  The reservoir site warrants a revisit earlier in the season this year if restrictions allow to look at the aquatics, and to confirm, as appeared to be the case examining specimens we took home, that we recorded both Potamogeton berchtoldii and pusillus.  Kate also had  a chance to visit the Cooley peninsula and went to some of the areas impacted by the fires in the summer to find abundant bracken regrowing on the scorched ground (photo - Annaloughan).  Sadly, our planned outing to Baltray dunes never happened, but it is rescheduled again for 2021. 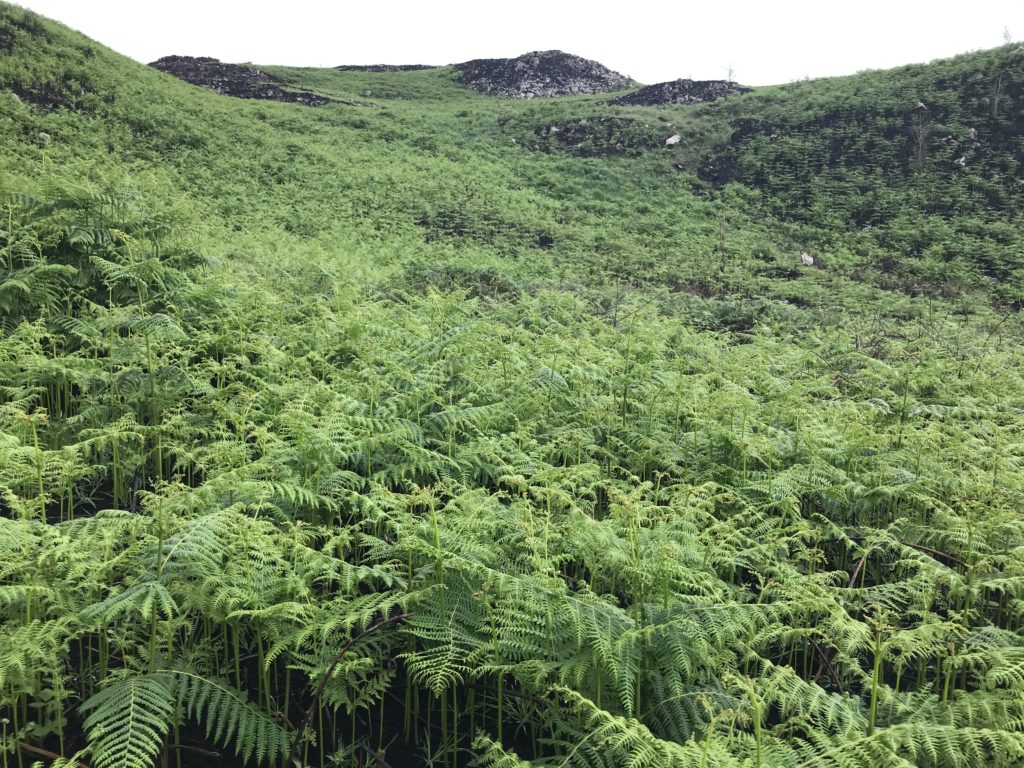